Hello readers,
I read this book when I got the ARC for a review (I apologize for no poem). Before I get to that here's the purple-mazing cover and blurb! Ultraviolet Catastrophe book blurb: Quantum Electrodynamics. String Theory. Schrödinger's cat. For sixteen-year-old Lexie Kepler, they’re just confusing terms in her science textbooks, until she finds out that her parents have been drugging her to suppress her outrageous IQ. Now BranstonAcademy, a school run by the world’s most powerful scientists, has tracked her down and is dying for her to attend - as a research subject.

She takes refuge at Quantum Technologies, a secret scientific community where her father works as a top-notch scientist, and begins her new life as “girl genius” at Quantum High. But the assignments at her new school make the Manhattan Project look like preschool - and Lexie barely survived freshman algebra.

Her first big assignment – creating an Einstein-Rosen bridge – is also her first chance to prove she can hold her own with the rest of QT's prodigies. But while working with the infuriatingly hot Asher Rosen, QT’s teen wonder, Lexieuncovers a mistake in their master equation. Instead of a wormhole, the machine they’re building would produce deadly ultraviolet rays that could destroy the world.

When the lead scientist on their project turns up as apopsicle in the cryo chamber, Lexie learns that the “mistake” in the equation is actually a carefully crafted plan to sabotage Quantum Technologies. And all signs point to BranstonAcademy being the culprit. Now Lexie and Asher have to use their combined brainpower to stop Branston from stealing the plans and selling the doomsday device to the highest bidder, before everyone at QT is caught in the ultraviolet catastrophe.

My Review: Weeks after reading UVC I'm still thinking of it. Lexie proved to herself and her new friends that she is strong. I could relate to her. I love the relationships she has.

I was pulled in and on my seat at the first page wondering along with the MC about what's going on. I feel sad and angry along with her when she talked to her dad. I have to say I kind of can relate to her on that. I'm not just feeling the MC, but her mom too. I'm glad we have clues. There is some what of a love triangle that I love. I want to see how both and all relationships go. You can't forget all the projects going on. There are twists you wouldn't even expect.  I almost cried during some parts. I feel like I'm a part of what they are doing. It's scary what they are doing and brave. It's sad to see people turn on you. Last but not least, you'll love the references. 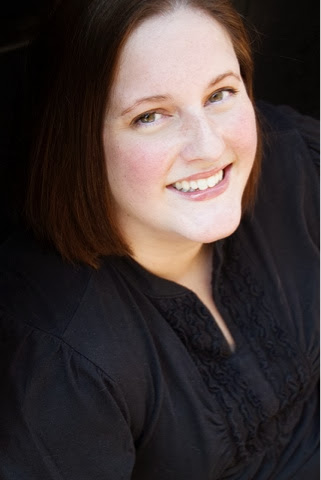 About the author Jamie Grey: Jamie Grey spent most of her childhood writing stories about princesses who saved the day and pretending to be a daring explorer. It wasn’t until much later that she realized she should combine the two. Now, as a tech-obsessed gamer geek, her novels mix amazing scientific developments, future worlds, and the remarkable characters that live in them.
Jamie lives in Michigan with her significant other and their pets, who luckily tolerate her overspending on tea, books, and video games. You can learn more about her at www.jamiegreybooks.com, or follow her on twitter via @jamie_grey.

Haneen Ibrahim said…
I love stories about children with high IQs, this sounds like a nice book :)
September 28, 2013 at 6:14 PM